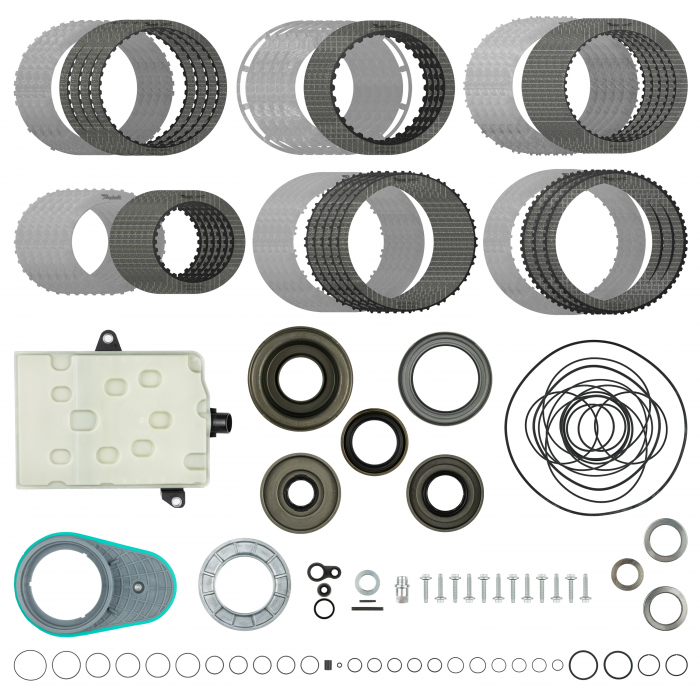 Car makers don’t often collaborate on projects, especially when they’re direct competitors. However, looming government fuel economy and emissions mandates can make strange bedfellows. And so, the Ford 10R60 10-speed automatic transmission was born. It was co-developed with General Motors, although Ford apparently took the engineering lead on the design. The mission was to create a 10 speed transmission that could improve both the fuel efficiency and performance of high-horsepower engines. The resulting Ford 10R60 transmission was advanced enough to handle the power of the Ford Explorer and Ford Bronco.

Like it or not, a CVT transmission is one of the most efficient gearboxes ever invented. Because there are no actual gears, optimal engine speed can be continuously maintained depending on the load. This allows for seamless acceleration under hard throttle, and lower fuel consumption when you’re just cruising. On a traditional geared transmission, a certain amount of energy gets lost every time a gear ratio is changed. This penalizes both fuel economy and performance, because the engine has to climb back to the RPMs it was just at. The Ford 10R60 10-speed transmission is designed to combine the efficiency benefits of a CVT, with the stepped feel of a traditional automatic transmission.

To create this optimal blend of performance and efficiency, the 10R60 transmission has a wide 7.39 gear ratio spread and a low 4.70 first gear for maximum performance off-the-line. Even though this Ford 10 speed automatic transmission has such a wide gear ratio, it has extremely small steps between the gears. This means the engine RPM only drops (approximately) 20% with each shift, which keeps the engine in the ideal RPM range to achieve either peak performance or efficiency (much like a CVT transmission). The Ford 10R60 also has three overdrive gears, which it can downshift from very quickly.

This 10R60 transmission has a newly designed filter has two types of media, fine and course (medium). The course media is common in most filters (orange filter paper), the fine media filtration (White paper) is the newer material. There is a thermal plate inside the filter that separates the course and fine media. When the oil is colder (higher viscosity) at startup, The fluid will flow through both the fine and course filter media.

The 10R60 Rebuild Kit and its contents

This Suncoast 10R60 rebuild kit contains all the frictions and steels you will to do a clutch and steel replacement on a 10R60 transmission containing a stock count clutches and steels. This 10R60 rebuild kit was designed to be a re-clutch for a stock capacity unit utilizing the Raybestos GPZ paper and high performance steels.