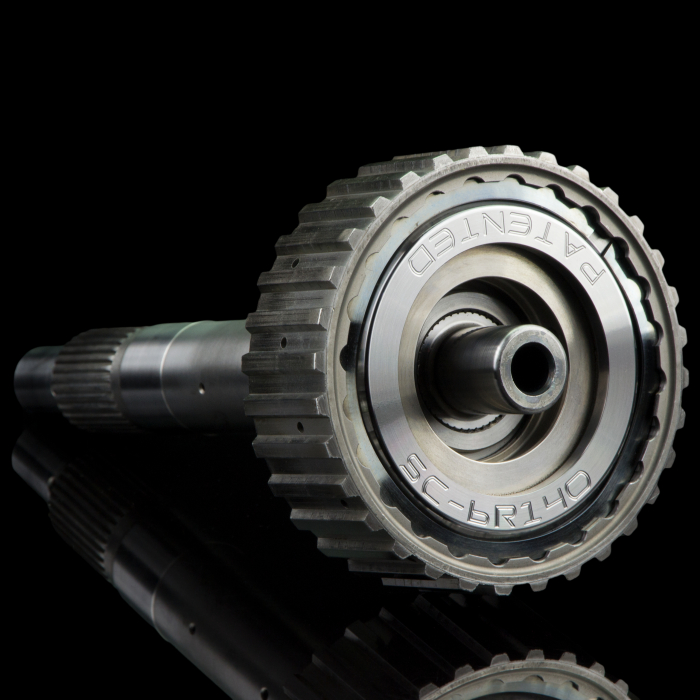 This comes with factory intermediate shaft and hub, for billet upgrade please use part # SC-6R140-ECD-BSH

For maximum efficiency, the patented Lepelletier geartrain reduces complexities that exist in connecting an automatic transmission's gear sets and clutches. Simply put, the 6R140 uses a simple gearset to drive a Ravigneaux gearset. So the transmission uses just five clutch sets to achieve six forward gears. The 6R140 is further strengthened by the utilization of a powder-metal carrier within the compound Ravigneaux planetary gearset (a double planetary gearset). The carrier is made up of four pressed components, which are sinter-brazed together to form a rigid, dense structure.

SunCoast has designed a completely new 4-5-6 clutch hub that incorporates a damper assembly that also uses a Sound Reduction/Absorption Technology that eliminates the dreaded squawk and restores shift quality. This new clutch hub damper allows for clean, crisp, and silent gear exchange. This allows us to use much more sophisticated friction materials with higher friction coefficients ensuring longevity and reliability. This new Patented SunCoast E Clutch Hub Damper has seen over 1,000hp reliably. It is only available at SunCoast. 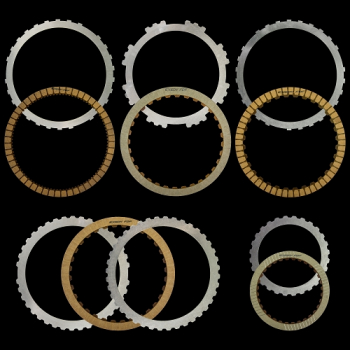