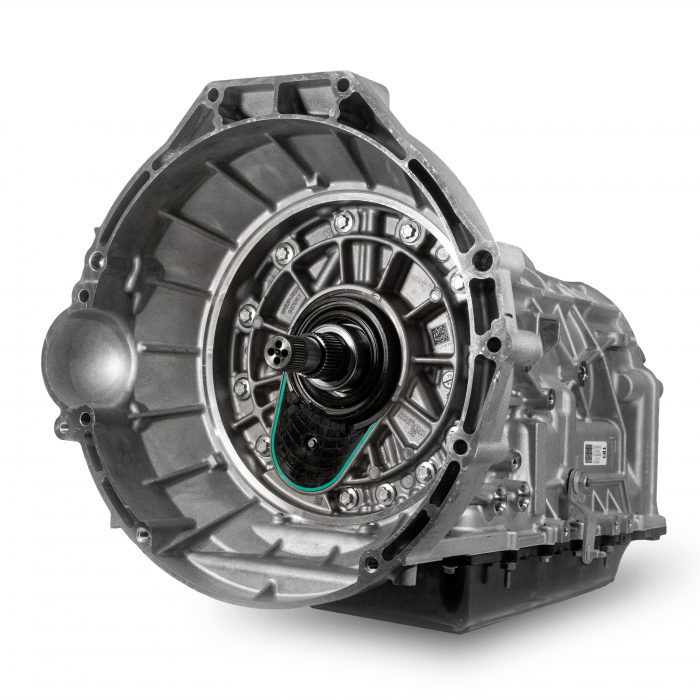 To create this optimal blend of performance and efficiency, the 10R80 transmission has a wide 7.39 gear ratio spread and a low 4.70 first gear for maximum performance off-the-line. Even though this Ford 10-speed automatic transmission has such a wide gear ratio, it has extremely small steps between the gears. This means the engine RPM only drops (approximately) 20% with each shift, which keeps the engine in the ideal RPM range to achieve either peak performance or efficiency (much like a CVT transmission). The Ford 10R80 also has three overdrive gears, which it can downshift from very quickly.

As shown above this, transmission offers a beautiful shift recovery in every gear, which lends itself the perfect unit for narrow power bands. This allows the use of much larger camshafts in a naturally aspirated application. If you are looking into going to a forced induction setup, this shift recovery allows for larger turbo and AR housing for max performance.

This 10R80 transmission has a newly designed filter has two types of media: fine and course. The course medium is common in most filters (orange filter paper), while the fine filtration (White paper) is the newer material. There is a thermal plate inside the filter that separates the course and fine media. When the oil is colder (higher viscosity) at startup, the fluid will flow through both the fine and course filter media.

As the fluid heats up (less viscosity), the thermal plate will bend and restrict the coarse section; directing most of the fluid through the fine medium, and therefore, catching more of the finer debris once the fluid is heated, giving it a far superior filtration system.

The 10R80 transmission, while a very capable unit, has its deficiencies just like anything else when it is asked to perform outside its original design intention. Since it's debut in 2018, Suncoast has been actively involved in research and development of this new platform. With our active partnership with Raybestos powertrain, we can now deliver you the very best product to date with the 10R80 platform. These new Suncoast 10R80 transmission expanded capacity clutch modules that are included in each of our Category 2 10R80 transmissions.

Suncoast provides an additional capacity clutch module for this clutch pack, increasing clutch count by 17 percent by going from the factory 6 clutch count to a 7 clutch count in this drum. This expanded capacity is also coupled with the GPZ friction material, providing not only additional surface area but higher friction coefficients, as well.

The SunCoast 10R80 Pro-Loc Valve Body begins as a new OE Ford valve body. We then proceed to address a few of the critical circuits we have experienced premature failure on.

This new SunCoast 10R80 Valve Body corrects issues with the lock-up circuit. This problem can be magnified in situations where there is higher driver demands, such as heavy towing or aftermarket converters with higher turbine slip, ultimately leading to accelerated torque converter clutch degradation. The SunCoast 10R80 Valve Body corrects this circuit, delivering cleaner and quicker converter apply. This prevents not only excessive heat, but also prevents premature clutch failure.

With the Ford 10R80 Transmission, we have witnessed inconsistent pressures and cavitation at higher RPM. This can be witnessed in critical high RPM shifting above 8,000 RPM. The new SunCoast Pro-Loc High Output 10R80 Transmission Pump will increase line pressure by approximately 60psi across the entire line pressure curve without any additional tuning. With factory tuning, line pressure will go from 65psi at idle to 135psi and at wide open as much as 350psi. We also eliminate the self-regulating feature, keeping consistent and reliable line pressure across the entire RPM range. This new pump comes in every new SunCoast 10R80 transmission.

- NEW SOLENOID STRATEGIES MUST BE REPROGRAMMED UPON REPLACEMENT OF THIS NEW VALVE BODY THROUGH FORD IDS OR FORSCAN.

- This Transmission comes without a new torque converter; at power levels above factory 500 horsepower, the factory converter clutch is not recommended due to its inability to successfully hold the additional torque. 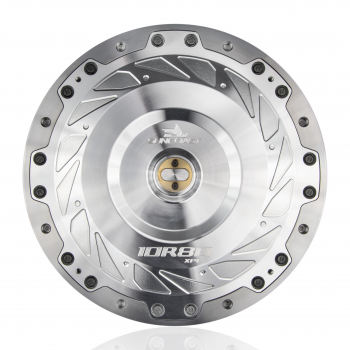