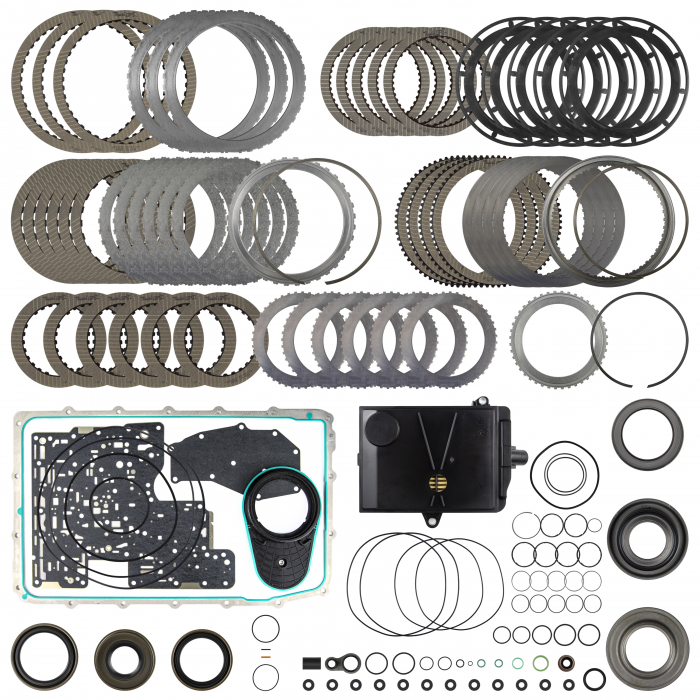 This 10R80 transmission has a newly designed filter has two types of media, fine and course (medium). The course media is common in most filters (orange filter paper), the fine media filtration (White paper) is the newer material. There is a thermal plate inside the filter that separates the course and fine media. When the oil is colder (higher viscosity) at startup, The fluid will flow through both the fine and course filter media.

The 10R80 Rebuild Kit and its contents

This Suncoast 10R80 rebuild kit contains all the frictions and steels you will to do a clutch and steel replacement on a 10R80 transmission containing a stock count clutches and steels. This 10R80 rebuild kit was designed to be a re-clutch for a stock capacity unit utilizing the Raybestos GPZ paper and high performance steels.