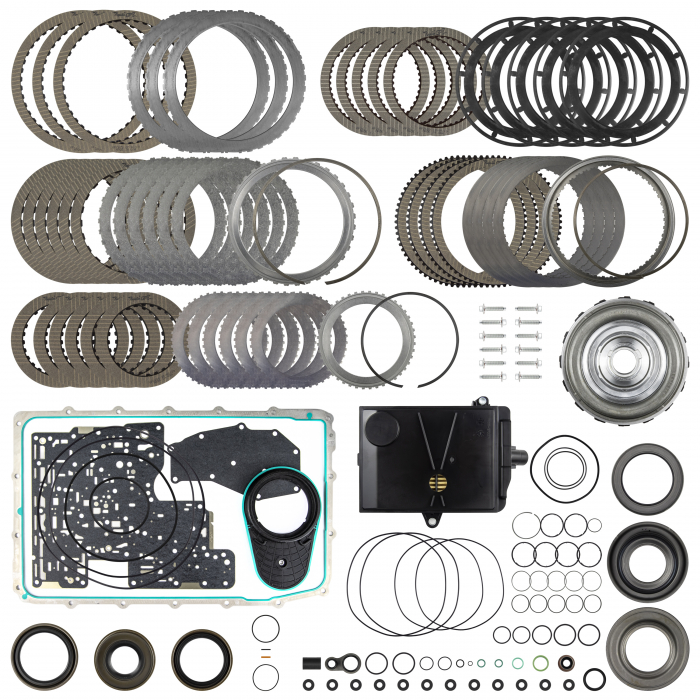 To create this optimal blend of performance and efficiency, the 10R80 transmission has a wide 7.39 gear ratio spread and a low 4.70 first gear for maximum performance off the line. Even though this Ford 10-speed automatic transmission has such a wide gear ratio, it has extremely small steps between the gears. This means the engine RPM only drops (approximately) 20% with each shift, which keeps the engine in the ideal RPM range to achieve either peak performance or efficiency (much like a CVT transmission). The Ford 10R80 also has three overdrive gears, which it can downshift from very quick

This Suncoast 10R80 rebuild kit contains all the frictions and steels you will need to do a clutch and steel replacement on a 10R80 transmission containing extra capacity "E" and "F" clutch modules. This 10R80 rebuild kit was designed to be a re-clutch for a stock capacity unit utilizing the Raybestos GPZ paper and high performance steels.