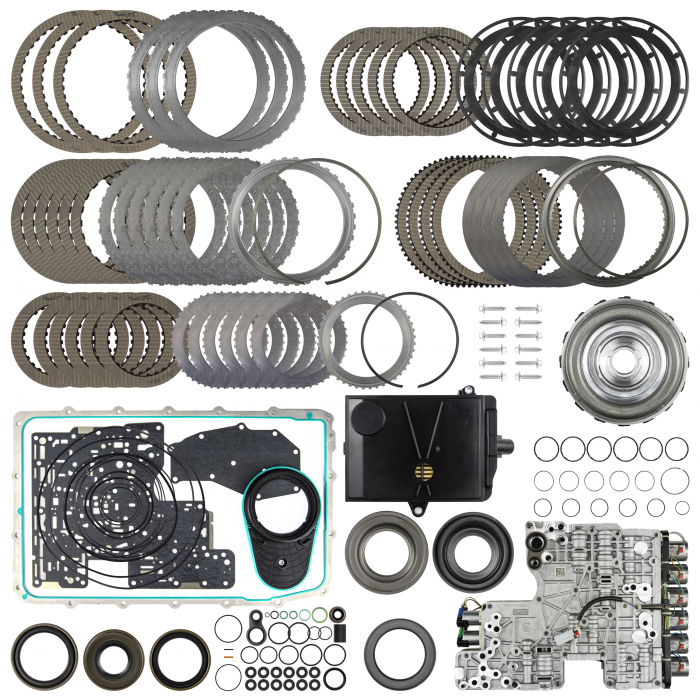 To create this optimal blend of performance and efficiency, the 10R80 transmission has a wide 7.39 gear ratio spread and a low 4.70 first gear for maximum performance off the line. Even though this Ford 10-speed automatic transmission has such a wide gear ratio, it has extremely small steps between the gears. This means the engine RPM only drops (approximately) 20% with each shift, which keeps the engine in the ideal RPM range to achieve either peak performance or efficiency (much like a CVT transmission). The Ford 10R80 also has three overdrive gears, which it can downshift from very quickly.

With Suncoast 10R80 Pro Loc valve body we are addressing several key issues we have seen in regards to the 10r80 transmissions.

One of the first issues that we have noticed is that in higher horsepower applications the TCC clutch is slipped in in some cases as long as an entire second. We can also appreciate that in a stock application within normal driving characteristics this will produce a very refined engagement.